The 2019 season of Capital One City Parks Foundation SummerStage 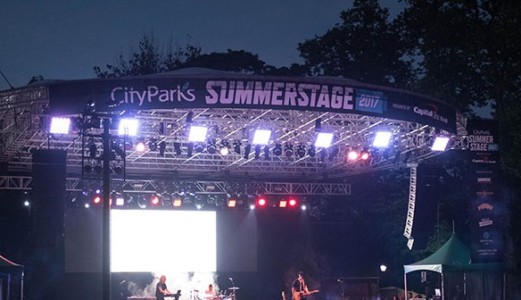 The 2019 season of Capital One City Parks Foundation SummerStage, with nearly 100 free and benefit performances in Central Park and 17 neighborhood parks across New York City. Get ready for a summer filled with the best music from around the world! Check out the complete 2019 SummerStage season schedule here.

There will be a stellar line-up in all five boroughs that reflects the melting pot that makes our city great. This year we will feature more than 150 artists including indie rock band Japanese Breakfast in Manhattan, mega-hit rapper Young M.A. in Brooklyn, Prince protégé and “Queen of Percussion” Sheila E. in Queens, French-Chilean pop singer and rapper Ana Tijoux in Staten Island, and Puerto Rican salsero Ray De La Paz in the Bronx, to name just a few.  Bring the kids for our annual Family Day with jam band Railroad Earth in Central Park on Sunday, July 14; salute both the 50th anniversary of the Stonewall riots and WorldPride in NYC with all-male comedy ballet troupe Les Ballets Trockadero de Monte Carlo on June 19; and celebrate the 50th anniversary of the Harlem Cultural Festival known as Black Woodstock with bandleader Igmar Thomas, MC Talib Kweli, trumpeter extraordinaire Keyon Harrold, and others on August 17 in Marcus Garvey Park where the festival was originally staged.

Join on opening night, Saturday, June 1 for our first FREE show of the season to see the brand new SummerStage in Central Park and hear New York City native, the soulful R&B singer-songwriter Emily King.  We have lots of special guests, giveaways, and surprises in store, so come early.