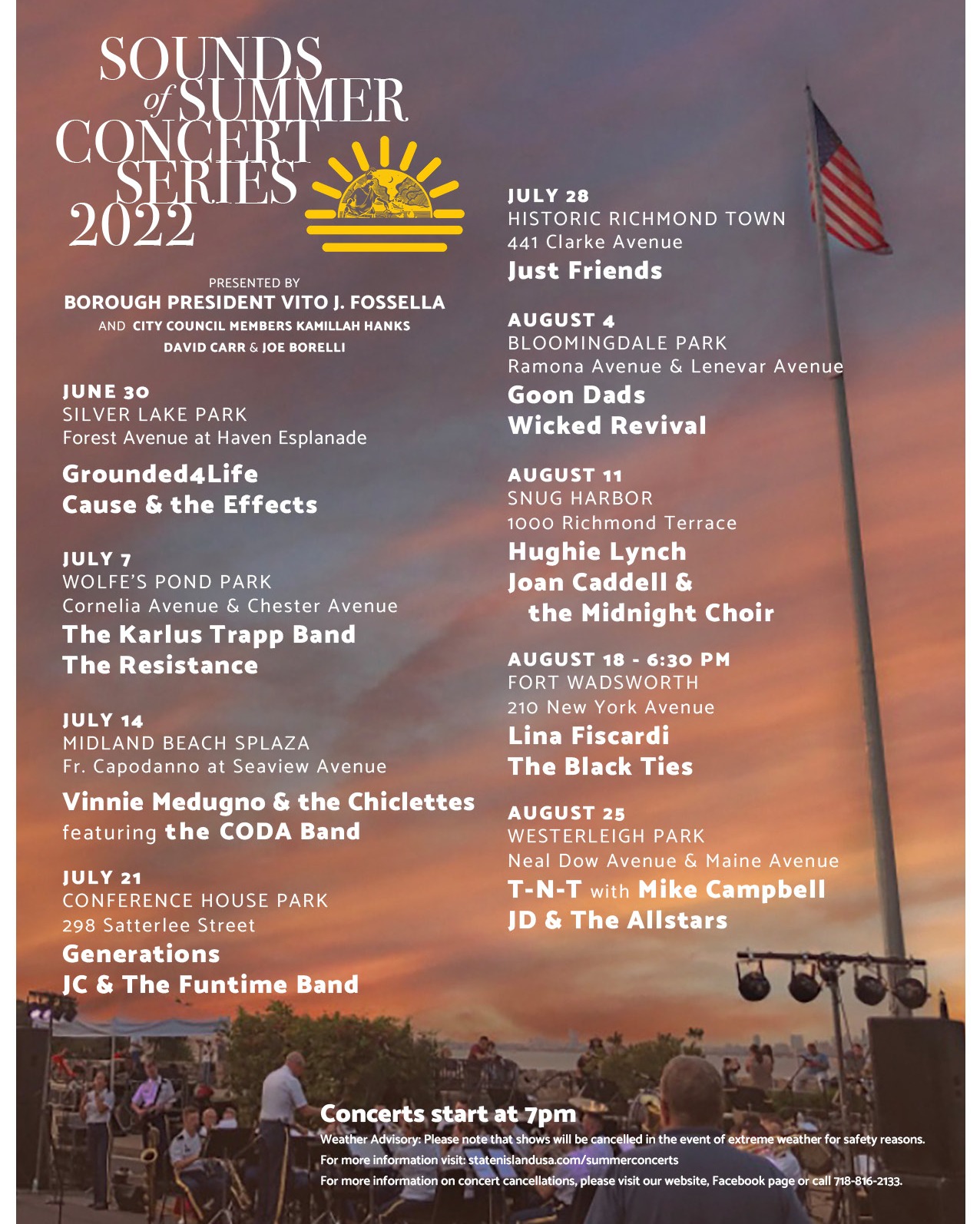 2022 Sounds of Summer Concert Series Staten Island NY. Borough President Vito J. Fossella is pleased to announce the dates and lineup for his 2022 Sounds of Summer Concert Series. All concerts will take place at 7 pm, with the exception of August 18th and August 20th when the concerts will begin at 6:30 pm. The Thursday night concert schedule is as follows:

A special concert with headliners Vito Picone and the Elegants featuring Bob D’Andrea and The Dreamers will take place on Saturday, August 20th at 6:30 pm at Midland Beach Turtle Circle (Fr. Capodanno Blvd. at Hunter Ave).

“We are pleased to continue the summer concert series which invites all Staten Islanders to enjoy free entertainment in parks across the borough,” said Borough President Fossella. “We want to thank the talent who are sharing their musical gifts with us, as we look forward to hearing this lineup play all summer. Enjoy!”

Please note that shows will be canceled in the event of extreme weather for safety reasons. For more information, visit www.statenislandusa.com/summerconcerts, Facebook page, or call 718-816-2133.