Staten Island NYC-Snug Harbor Cultural Center & Botanical Garden is proud to present Beyond Sacred: Voices of Muslim Identity, an interview-based theatre production by Ping Chong + Company. The work explores the diverse experience of Muslim communities within New York City since 9/11/2001. The production will be performed in Snug Harbor’s historic Music Hall on Friday, May 20 at 11AM for an audience of NYC schools and the general public. The production is curated by Snug Harbor’s Artistic Director, Gabri Christa. Snug Harbor is located at 1000 Richmond Terrace in Staten Island. 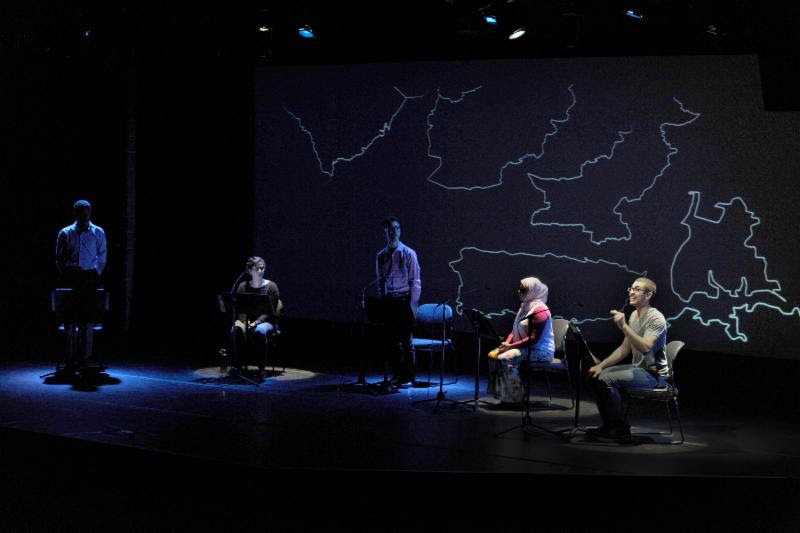 Admission is free for this event thanks to All Access Arts program funding through Councilmembers Debi Rose and Steven Matteo. Schools interested in attending the daytime performance at 11 AM, are asked to contact Gabri Christa at gchrista@snug-harbor.org or call (718) 425-3525.
“This compelling production is an important addition to our Youth Matters series,” said Gabri Christa. “When I saw it last fall at Lincoln Center, I knew we had to bring it to Staten Island. Not only does the piece explore the experience diverse young Muslims who share the commonality of coming of age in post-9/11 New York City at a time of increasing Islamophobia, it also relates the little known history of the involvement of American Muslims in many aspects of our history.  Staten Island students rarely have the opportunity to experience first-hand such original creativity. I urge all teachers to take advantage of this unique, educational production.”
According to the New York Times, “Beyond Sacred is an exercise in empathy, not polemics: a lesson in human understanding, drawn from real lives.”  To create the work, Ping Chong + Company used a community-based process where they extensively interviewed young men and women with a wide range of Muslim identities and backgrounds. Some were born Muslim, some were converts, some had left the faith, some identified culturally as Muslim, while others were observant on a daily basis. From the interviews, five participants became the performers and the interviews themselves provided the basis for the script that weaves together personal, historical and political narratives.
Ping Chong + Company produces theatrical works that address important cultural and civic issues of our times, striving to reach wide audiences with great levels of artistic innovation and social integrity. It was founded in 1975 by Ping Chong, regarded as one of America’s leading theatrical innovators. Chong received 2014 National Medal of Arts, the highest artistic award to an individual artist in the United States. His company’s mission is to create works of theater and art that explore the intersections of race, culture, history, art, and media in the modern world. Visit their website here.
About Snug Harbor
Snug Harbor Cultural Center & Botanical Garden is one of the largest ongoing adaptive reuse projects in America. It consists of 26 historical buildings, numerous distinctive botanical gardens and 10 acres of wetlands on a unique 83-acre campus. Formerly Sailors’ Snug Harbor, a home for retired sailors built in the 1800s, Snug Harbor is now a distinguished arts center where history, architecture, visual and performing arts, environmental science, agriculture and horticulture provide dynamic experiences for all ages. Snug Harbor is also home to the Newhouse Center for Contemporary Art, the Noble Maritime Collection, Staten Island Children’s Museum and the Staten Island Museum. Snug Harbor is a proud Smithsonian Affiliate.