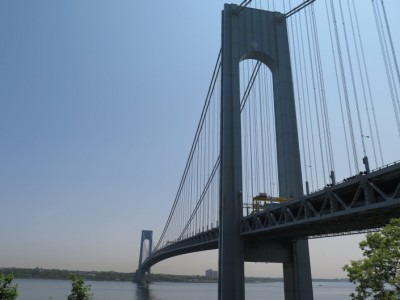 James S. Oddo, Staten Island’s Borough President Asks City to Right a Wrong by Including SI in Five-Borough Ferry Plan Set to Kick Off This Year.

Staten Island drew the short straw when it came to NYC’s plan for the Five Borough Ferry Plan. Looking to right the oversight the city made when it announced its Five Borough Ferry Plan and failed to include Staten Island, Borough President James S. Oddo wrote to Deputy Mayor Alicia Glen to ask for St. George to be considered as an additional stop on the proposed ferry route that will link Manhattan to the Brooklyn neighborhoods of DUMBO, Red Hook and Bay Ridge. The five-borough ferry initiative, proposed by the Mayor, is scheduled to begin this year.

“The $1 billion+ investment in the New York Wheel, Empire Outlets and Lighthouse Point will undoubtedly attract millions of visitors and will provide New Yorkers with thousands of jobs, many of whom will seek alternative methods of transportation. This investment, along with the City’s commitment to extend ferry service, offers a unique opportunity to reconnect the boroughs of Brooklyn and Staten Island in a manner far more efficient, and far less expensive, than driving over the Verrazzano Bridge.

I have been told that the developers of the St. George projects are currently about to finalize an agreement with New York City Economic Development Corporation to install a ferry dock, and that the developers have agreed to assume responsibility for the capital expenditure and the maintenance of the facility.

“As things stand now, there will be significant demand from Brooklyn and Queens residents to visit the St. George attractions, yet there are limited public transportation options from these boroughs to the North Shore. Many of these visitors will choose to drive, pay the $15 toll, and add additional pressure to an already overtaxed Staten Island road system. We must also consider that there will be a heavy weekend component, thereby insuring ridership during what would otherwise be a slack time.”

This is the third Ferry proposal that the Borough President has made to the City, all of which would serve different purposes. Connecting St. George to Brooklyn would provide Staten Islanders another form of transportation to jobs in Brooklyn, as well as Brooklyn residents who work on Staten Island. It would also help bring off-Island residents to the upcoming North Shore attractions. The Borough President’s South Shore Fast Ferry proposal would provide South Shore residents with a quicker and more reliable form of transportation to work. The proposal, currently being studied, to add a Staten Island Ferry stop in Midtown or another Manhattan destination would primarily serve commuters from all areas of Staten Island who work far from South Ferry.

“The fact is connecting Staten Island to Brooklyn via Ferry is not a novel concept,” said Borough President Oddo. “In fact, for more than 50 years, we were connected to Bay Ridge by boat. “We were inexplicably left out of Phase 1 of the Five-Borough Ferry Plan, and now is time correct that oversight. Adding Staten Island to the Brooklyn to Manhattan route would help in so many different ways that it really is a no-brainer. I look forward to discussing this proposal, along with some of my other ideas, with Deputy Mayor Glen.”