Skip to content
LivingSI Movies in the Park Summer Fun

The Historic Port Richmond Preservation Association (501c3 non-profit) presents the 1st ever Staten Island Summer of Shorts Film Festival! 10 short films from both New York & around the globe will be showcased on Saturday, August 27th, 2022 at the Reformed Church on Staten Island in the Oscar S. Teale Sunday School Building from 5:00 pm – 9:00 pm. 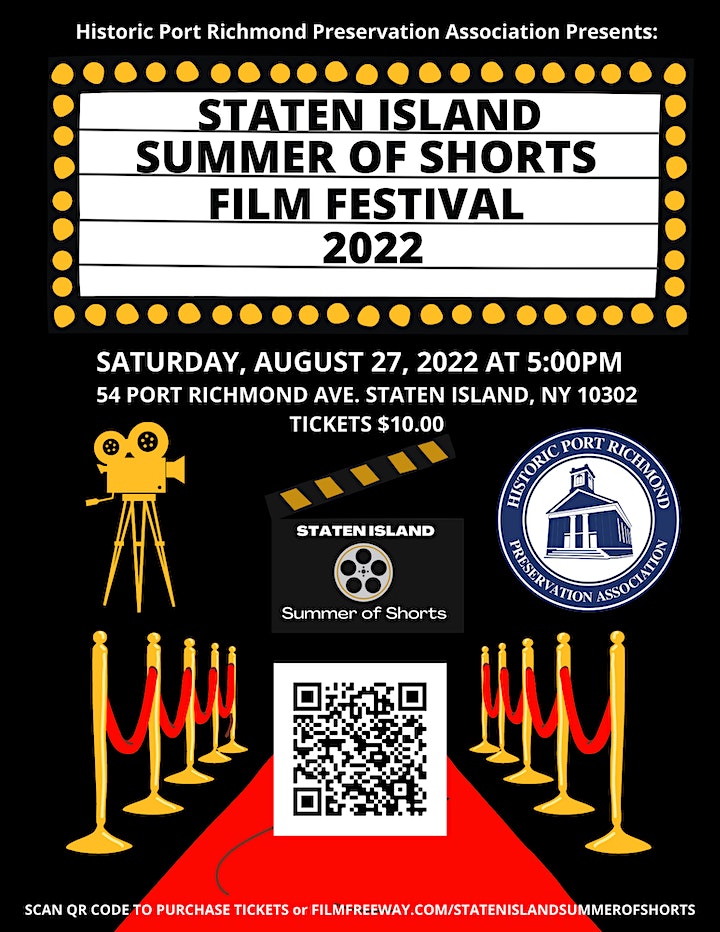 The event will begin with a Red Carpet arrival of stars at 5:00 pm followed by a VIP reception and a screening of 10 short films. There will be cash prizes for the top 3 films in addition, the audience can vote for the Oscar S. Teale People’s Choice Award that will be awarded at the end of the night. Teale was a New York City architect & magician who designed the Sunday school building that has been standing strong since 1845. Television shows like HBO’s Boardwalk Empire & Hulu’s Wu-Tang Clan Saga have been featured as movie locations for these shows inside this building.

The venue holds up to 150 attendees and tickets are available online now at filmfreeway.com/ statenislandsummerofshorts.

All proceeds from the submissions and festival tickets will go directly to the Historic Port Richmond Preservation Association to help repair the Historic Reformed Church on Staten Island that has been in existence since 1665 and is on the National Landmark registry.

For more information, you can reach out to festival coordinator Vinnie Langdon III at 862.259.2443 or via e-mail at statenislandfilms@gmail.com . We’re also on facebook.com/ sisummerofshorts.